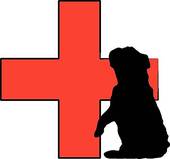 The (M) allele is an excellent example of pleiotropy, the phenomenon where a single allele can cause distinct and seeming unrelated physical effects. Even in the heterozygous (Mm) dog the (M) allele is associated with deafness, eye defects, and problems with the dogs immune system. This can be explained by understanding a little bit about the early fetal development of the dog.

The process of coloration and color pattern in dogs begins with embryonic development. The specific cells that become the pigment producing cells come entirely from the same area of the embryo (neuronal crest) that the cells of the nervous system comes from. It stands to reason, that if you have defects in genes associated with color genetics you can have nervous system defects because both cells are derived from the same neuronal crest. This can explain why it is likely that certain dilute or patterned dogs, such as extreme piebalds, albinos, etc. as well as those that have the merle allele are prone to sensory, neurological and /or immunological problems. These defects have been observed and researched in other dog breeds (i.e. Australian Shepherds, Great Danes, Shetland Sheepdogs) that also carry these dilution alleles including the merle allele.

From this research it has been determined that the merle allele when expressed in the homozygous state (MM) is highly correlated to sensory, neurological and immune system defects in dogs. Some include distortion of the eye’s appearance, lack of the reflective substance (tapetum lucidum) that lines the back of the dogs eye. Dogs that lack this substance have night blindness and other visual problems. Other eye problems have been identified with the merle allele includes, small eyeballs, with a prominent third eyelids, and a physical cleft in the iris of the eye. Abnormalities of the eyes are a key indicator of other neurological defects. Deafness or a reduction in hearing has also been identified, as the merle color locus exerts effects on ear development. Excessive white or dilution in a dog of any color can be a warning sign of hearing problems. From talking to breeders who’s lines contain merle dogs, they relate that they are very aware of the potential health problems (sometimes being lethal to the affected pups). http://www.adbadog.com/p_pdetails.asp?fspid=47

*****Health issues The merle gene is often associated with congenital deafness, with merle dogs being more likely than other dogs to be born deaf. Dogs with two copies of the merle gene (homozygous merle or "double merle") have an even higher chance of being born deaf.[13] The UK Kennel Club has acknowledged the health risk associated with homozygous merle and will stop registering puppies produced from merle to merle matings starting from 2013.

The suppression of pigment cells (melanocytes) in the iris and in the stria vascularis of the cochlea (inner ear) leads to blue eyes and deafness. An auditory-pigmentation disorder in humans, Waardenberg syndrome, reflects some of the problems associated with heterozygous and homozygous merle dogs and genetic research in dogs has been undertaken with the goal of better understanding the genetic basis of this human condition.[1